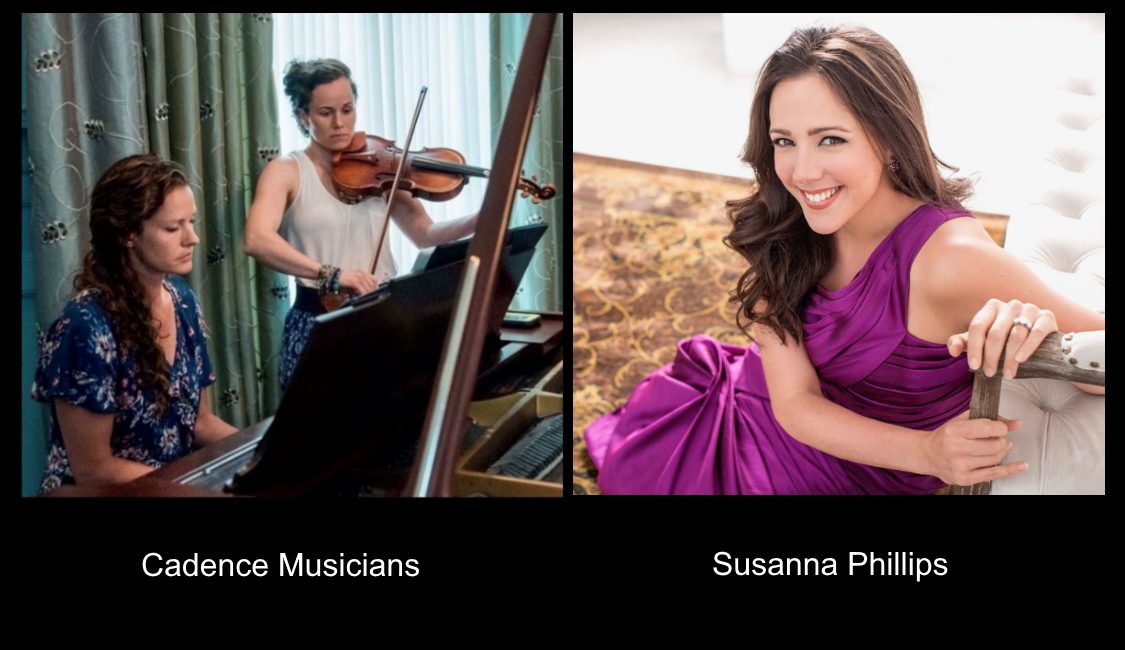 Cadence Musicians was created by two sisters, Heather and Laura, who have enjoyed playing together for over 20 years. They combine piano, violin, and vocal music to bring you a perfect blend.

Alabama-born soprano Susanna Phillips continues to establish herself as one of today’s most sought-after singing actors and recitalists. Ms. Phillips is a recipient of The Metropolitan Opera’s 2010 Beverly Sills Artist Award. Known for her sparkling portrayal of Musetta in La bohème, Ms. Phillips has sung at the Met for 12 consecutive seasons in the roles of Musetta, Pamina, Donna Anna, Rosalinde, Antonia/Stella, Micaëla, Donna Elvira, and most recently as Countess Almaviva – a role very close to her heart. Role highlights at the Met include Fiordigili, which The New York Times called a “breakthrough night”, and Clémence in the Met premiere of Kaija Saariaho’s L’amour de Loin. Ms. Phillips was also a featured artist in the Met’s Summer Recital Series.

In 2005 Ms. Phillips won four of the world’s leading vocal competitions: Operalia (both First Place and the Audience Prize), the Metropolitan Opera National Council Auditions, the MacAllister Awards, and the George London Foundation Awards Competition. She has also claimed the top honor at the Marilyn Horne Foundation Competition, and has won first prizes from the American Opera Society Competition and the Musicians Club of Women in Chicago. Ms. Phillips has received grants from the Santa Fe Opera and the Sullivan Foundation, and is a graduate of Lyric Opera of Chicago’s Ryan Opera Center. She holds both a Bachelor of Music and Master of Music degree from The Juilliard School.

The start of Ms. Phillips’s career found her at the Zürich Opera as Donna Anna in Don Giovanni, Sante Fe Opera as Pamina in Die Zauberflöte, and Arminda in La finta giardiniera. As a member of the Ryan Opera Center, Ms. Phillips sang the female leads in Roméo et Juliette and Die fledermaus. Additional roles include Elmira in Reinhard Keiser’s The Fortunes of King Croesus and the title roles in Lucia di Lammermoor and Agrippina. Ms. Phillips paid tribute to Clara Schumann at the Library of Congress and collaborated with Jane Glover for Handel’s Messiah and Rival Divas program with Music of the Baroque. A frequent soloist at Carnegie Hall, Ms. Phillips debuted the U.S Premiere of Brahms’s A German Requiem with The Oratorio Society of New York and performed in a concert staging as Stella in Previn’s A Streetcar Named Desire opposite Renée Fleming – a role Ms. Phillips went on to perform, to rave reviews, at Lyric Opera of Chicago. Ms. Phillips has also performed with the Gran Teatro del liceu as Pamina, Cincinnati Opera as Countess Almaviva, and the Opera Theatre of Saint Louis in her role and company debut as Birdie in Blitzstein’s Regina with Susan Graham. She sang Ellen Orford in Peter Grimes with the St. Louis Symphony in St. Louis and Carnegie Hall. Ms. Phillips also sang Barber’s Knoxville: Summer of 1915 with Teddy Abrams’s with leading symphonies in the United States. Ms. Phillips gave a recital at the Collaborative Arts Institute of Chicago and sang alongside Eric Owens at the Washington Performing Arts in a program co-curated by Justice Ruth Bader Ginsburg. Ms. Phillips has made appearances at Oper Frankfurt, Dallas Opera, Minnesota Opera, Fort Worth Opera Festival, Boston Lyric Opera, and Opera Birmingham. 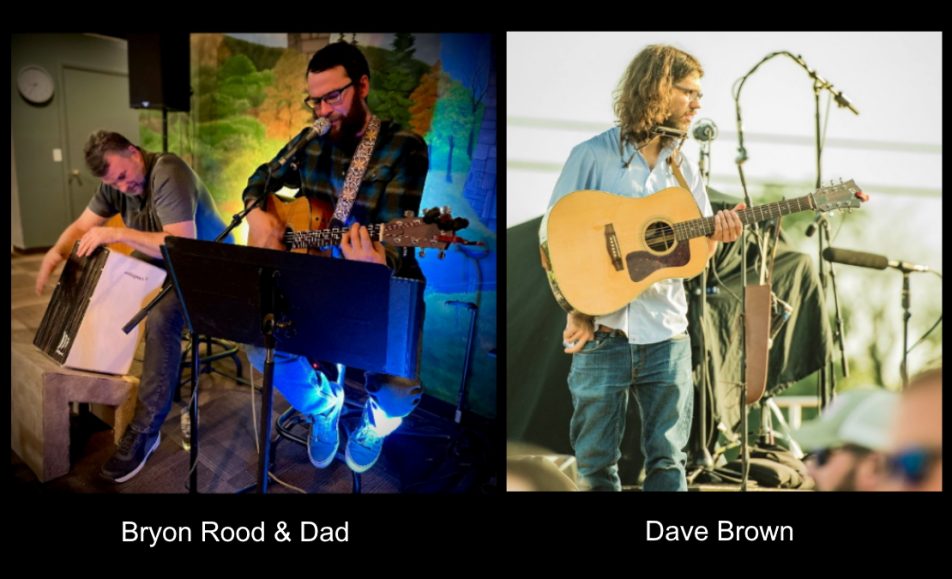 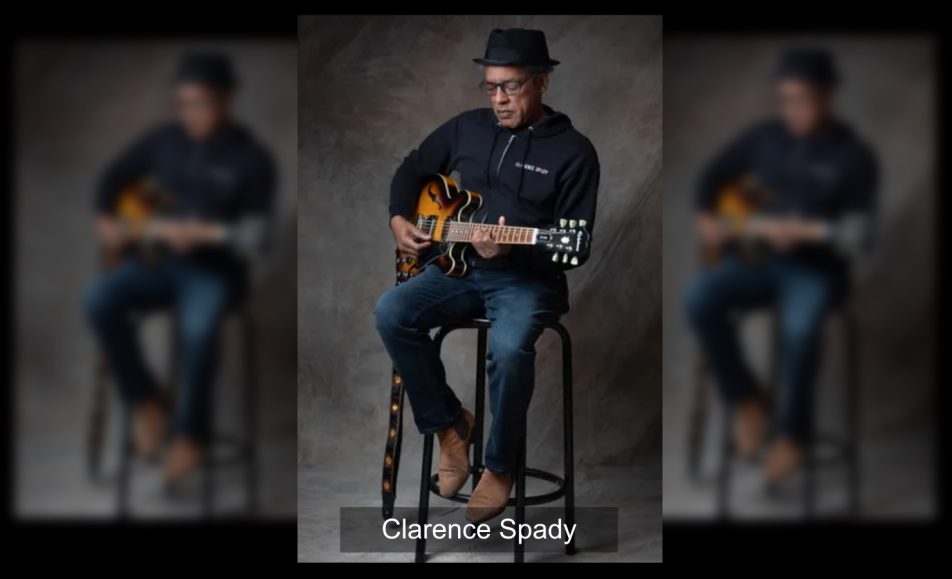 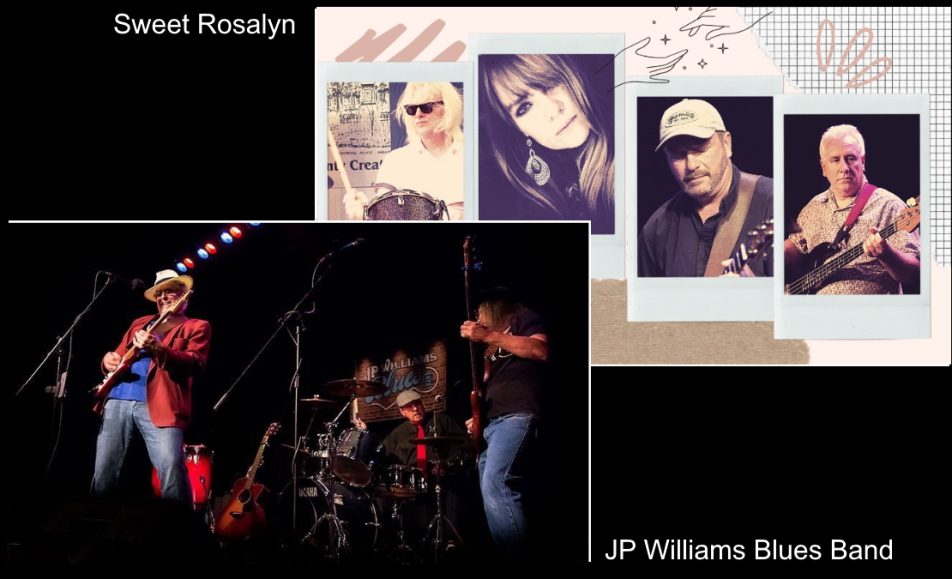